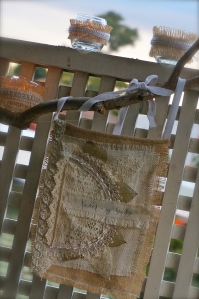 In the first few weeks after Xavier died we were busy.    There were dozens of terribly sad, nearly impossible tasks to fulfil.   And even as those horrific tasks centred around Xavier’s burial and good-bye, they somehow diverted our attention away from our new reality. With shock as our armour, we numbly went about organising his funeral.  Even as grief overtook us, we were at least engaged in activities for our son.  The very last things we would do for our son – but Xavier was still central to it all.  Our house was regularly full of people.  My beautiful sister was my family’s saviour and she stayed with us for more than a week,  helping us with the day-to-day tasks that then seemed as improbable as flying to the moon.

But eventually, she had to return to her work.   N had to go back to his office.  Life settled into normality for everyone else.   And my maternity turned bereavement leave stretched long in front of me.

The house was suddenly very silent.   That it could feel so empty – when Xavier had been such a quiet,  small presence – seemed impossible.   Isaac continued at kindy for two days a week. I felt it was important that his routine continue.  I had two empty days to fill each week.   Time that should have been lavished on a newborn stretched endlessly in front of me.  There were so many days I would go to bed at 8pm – exhausted by grief and relieved that I could attempt escape in sleep.

Eventually, I worked out a routine for the days that belonged to Xavier.  I went to a personal trainer and as my will began to wane and the reps got harder, I would dedicate each sit up, each push up, each weight to the babies I knew.   This one is for Xavier, this one for Teddy, this one for Harry …   After each session, I would visit Xavier’s grave and talk to him.  I would bring little gifts and tidy his headstone.  I would lie down and hope that he felt my embrace.  I would sit in the sunshine and feel him embrace me back.   I caught up with supportive girl friends who let me talk about my grief.  I would write.  I would create.  I would try to grieve in a positive way.

Those days remained Xavier’s. I was unable to mother him how I wanted to, but I still used that time to mother him.  That time allowed me to build the foundations of a complex relationship that I still don’t fully understand, but that keeps him close.

Eventually, my busy life started to return.   There were fewer opportunities just to sit still and connect with my baby.  Now, I find myself having to carve time out for Xavier.   Jostling with his brothers for my attention.

As endless and as difficult as those early  days seem, they will pass.  Life has a way of bringing you along her tide.