There is a headline dominating the news and social media today. A newborn baby boy abandoned by his mother. Left alone in a drain for days on end. Agains all odds, surviving. As the mother of a baby boy in heaven, my reaction to these kinds of stories is visceral – my feelings over-take any rational reaction.

My first thought is a selfish one. How did this little baby survive? How did he spend days in a drain, in the heat without help and love and milk and yet my little boy could not survive something as ordinary as a nap? Why are some chosen to live, against all the odds, and other to die, against all the odds? In moments of acceptance and peace, I understand that each of us is given a life frame in which to live. Some are short. Some are long. We each live our lives within that span. The little boy who lived has more living to do. Xavier had a different path to travel. But it is difficult to believe. It is difficult to understand. And it is far removed from fair.

And those thoughts lead into the next: Why was that little boy saved when his mother abandoned him? How did that little child, with no mother holding his hand and begging him to survive, make it? Why was that mother blessed with a child when so many are not? So many that desperately yearn with all their being to be mothers. Families that would embrace and love and protect their children above all else. Why are they denied the gift of children? And yet it is given to someone who treats it so carelessly. I do not know the circumstances of the mother who left her baby to die in a drain. I do not know what demons plague her or what the state of her mental health is. I do not know what would possess anyone to act as she had. But I do know so many who would treasure the gift of a living child, if only it were offered to them. Perhaps this mother who acted so horrifically deserves sympathy and understanding. I find it hard to give.

A little while ago another headline caught my attention. A baby had died by SIDS, whilst sharing the bed with parents who had smoked and drunk alcohol. SIDS deaths do not often get reported in the news. Still births do not generally garner media attention. The singular heart breaking tragedy of child loss is not enough to make news. There needs to be another element to the heart-ache. A scandal or celebrity. Unsafe behaviour or something that flies in the face of all reason – like leaving a child in a drain. And so the face of child loss in the media is generally marred. There is often at least the hint of blame, which is carried like a banner by those who comment and share the article. The commentators scale their lofty heights and pass judgement about things they know little about. In the case of the baby that died by SIDS, the fact that the cause of death was deemed SIDS indicates that the baby had an underlying abnormality. The parents did not follow the safe sleeping guidelines, and perhaps the child may have lived if they did. It is entirely possible that the child would still have succumbed to SIDS if they had. This is the mystery and tragedy of SIDS. But because it was reported in the context of the parent’s being at fault, it gives the false impression that it can be avoided entirely. This reporting of child loss allows people to place distance between their experience and the things that might happen to them and the horror of losing a child. There is an inaccurate comfort granted. And those that have lost a child know it is a lie – losing your child can happen to anyone.

I hope the little boy that lived is okay. I hope that he finds a loving family who will en-circle him with love. I hope that the angels continue to be kinder to him than they were to my son. 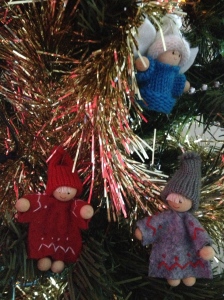 As we come into the Christmas season, my thoughts turn to those who are navigating their first Christmas after loss.

The first Christmas with out Xavier was a challenge. I spent a great deal of time making things for him, thinking about him and desperately, desperately missing him. I put on a brave face and tried to make Christmas as magical as I could for my living son, but a large part of me spent Christmas in a different place. The second Christmas was different, and whilst the ache was still there, it was no longer raw and weeping. I had Xavier’s little brother in my arms and a new sense of hope and purpose. 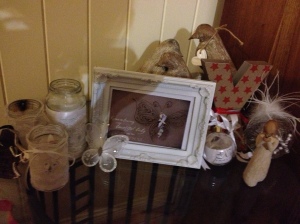 This year, with baby Elijah old enough to join in a little more, I am really looking forward to Christmas.  Life has taken off again for us.  I still think of Xavier all the time, but no longer with a deep sense of yearning. He is simply a part of our lives in the form we know him best now: a soul, a guiding light, the sunshine’s rays, the one we thank when little things go our way, the butterflies that fly too close to be anyone else.

I wanted to put together a list of Christmas ideas both for bereaved families, and those that support them. I hope that they may offer some comfort.

Christmas ideas for the bereaved: 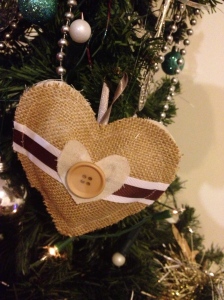 Christmas ideas for the friends and family supporting the bereaved:

Wishing you peace this season. 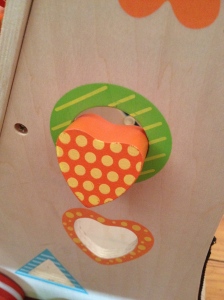 Many of the days following Xavier’s death are a blur. Others, I remember with clarity. I think it was a month or so after we had said good-bye and I was playing in the park with Isaac. It was quiet. A school day. We had the swing set to ourselves before a group of young adults arrived.

They were accompanied by two carers and it was clear that these were kids with special needs. Amongst them, a girl around fifteen who would never reach a mental age beyond about three.  A boy, with no control over his body, all limbs like fourteen year old boys are.

It was the second time in as many weeks that I had encountered such a group. It felt like the universe was trying to tell me something.

The carers approached me nervously and asked if I minded them being there.  Apparently there had been issues in the past.  Of course we didn’t mind I said. And I smiled and tried to convey all the things: support, acceptance, understanding (although how could I possibly understand). And I felt the other things: relief my living child was healthy and able-bodied, pity, embarrassment at my own discomfort, curiosity about whether this was ever Xavier’s fate. Heart-broken to see the fifteen year old girl squeal in utter delight when pushed on a swing designed for a much younger child. Helpless as the teenaged boy tried to engage me in conversation when I couldn’t understand what he was trying to say. He said something. I said something back and hoped it was right.  This continued for a little while and I started chatting to one of the carers.

They offered relief for the parents of the kids – a few hours for those parents to regroup and rest.  And as I watched these wonderful carers with their kids, I couldn’t help but wonder, if Xavier’s story had been different, if he had lived but with a disability, would  I have coped? Would I have been strong enough? It is a ridiculous question.  If someone had told me that I would not only survive but eventually thrive after the death of one of my children, I would not have believed them.  We do what we do, not because we are strong but because strength is the only choice available to us.

If Xavier had lived but with severe brain damage, I would have found the strength just as I found the strength to cope with his death. I remember holding his hand before receiving his fatal diagnosis. He was tied up in machines and his soul was already passing, but I did not know it then. I whispered to him, I know you’ll be a little different.  But that’s okay. I will love you no matter what and we will make it work.  I still clung to the idea that he could be saved, maybe not all of him, but some integral part of him would remain with us.  I would have done anything for that to be the case. But that was not his story.

Within my circle of family and friends, there are children with special needs. Some are immediately apparent and others are not. At times I am not sure what is more difficult: the visible or invisible differences. There are varying degrees of help needed and help offered. I see the parents of these gorgeous kids go into bat every day.  They advocate for their children, champion them, raise awareness and challenge pre-conceptions. I see them worry about their child that doesn’t quite fit into the societal norm, the round pegs and the square holes. I see them worry about their other children and whether they are doing the right thing by them. I see them and I am in awe but they say they are only doing the best they can – and what else can they do? They say they would not have chosen this path if it were offered them, but now they cannot imagine a different way.
I remember being in the thick of grief of wishing for a day off.  I didn’t want the grief to go away, it was too much a tie to Xavier. But I just wanted a day, one day, when I wasn’t a bereaved parent. One day without the weight.  One day of freedom. I imagine that parents of kids with special needs might feel that at times.  I know that they love their kids with heart and soul and mind but they receive little respite from the worry, the struggle, the pressure.  I thank those carers I met in the park for the gift they give to parents. Those moments to breathe.
And for those parents of children who stray from the well-trodden paths, who dance to music I can’t hear and march to a different drum-beat, thank you for what you do.  For your love and your bravery and for making your childrens’ lives beautiful.